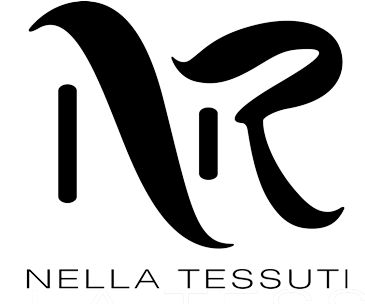 FROM SACRED TREASURES TO PRECIOUS FABRICS

Nella Tessuti has always been passionate about culture and traditions of its area.

Nella Tessuti has always been passionate about culture and traditions of its area.

The Santa Maria church, in Baricella, the village where the company has had its origin and still has it headquarter, owns an impressive textile heritage of rich artistic value, of which the most significant portion is coming from the XVIII century.

In that era Benedetto XIV Lambertini, a cardinal from Bologna, was elected Pope and his presence in the Vatican convinced all of the noble families of the area around Bologna to make donations to the parishes. They bought liturgical objects in the most important manufactures in Italy and France in order to express their devotion to him.

The liturgical vestments property of the Santa Maria church in Baricella are all coming from this historical period and represent many different types of weaving and embroidery, highlighting the fine style of the time and the abilities of the artisans that used to enrich their work trading patterns and subjects through documented travels.

They witness the story that tied Bologna (that was the world silk capital for centuries) to Genoa and Lyon, in France: cities that contended techniques and quality productions of valuable fabrics.

A story that talks also about wise hands, not just the ones doing the weaving, but also those that mastered the production technique of the pure gold and silver yarns, to those embroidering the already precious drapes with dedication and knowledge.

The Baricella chasubles, having been stored for years, bear the marks of time. For this Nella Tessuti decided to sponsor the restoration of one of these vestments, and the “securing” of the others, to avoid more damages caused by wrong storage.

The restoration has been made by Manuela Farinelli, restorer specialized in ancient fabrics, who already worked on some notable liturgic textile object in Bologna.

This initiative is in continuity with the restoration, sponsored by Nella Tessuti as well, of the processional mantle of the statue of Virgin Mary, made of crimson silk velvet and embroidered in pure argent, still property of the church of Santa Maria, done in 2003.

Once again we decide to look at our past, emphasizing the history, the artisanal work, the traditions, the taste for beauty, the culture that have made Italy great for centuries.

Once again we choose to look at the future, exporting to more than forty Nations worldwide what our Country gave us as legacy and that still inspires our creativity and professionalism.